The History of the Crossroads Cemetery

The Cross Roads Cemetery, the oldest, continuously operating one in the area, surrounds the Old Stone Church at the intersection of Monroeville Boulevards and Stroschein Road. Together, they create one of the community’s most familiar landmarks.

In the winter of 1799, it is said that a small child, possibly from a passing wagontrain, wandered off and became lost in the woods on the farm of Robert Johnson. No one came looking for him and no one reported him missing. When spring came and the snow melted, the child’s body was discovered. Johnston conducted a search for the child’s family but to no avail. He decided to bury the child where he lay, just a few feet from the spot where Johnston had buried his sister-in-law, Mary Clugston Johnston, in 1796. And in February 1800, Captain Johnston dedicated that portion of the family’s land as a “Common Cemetery.”

The first part of the cemetery was 154 square perches of Johnston land (.96 acres), bordered on the southwest side by the Northern Turnpike, on the west and northwest by Beatty and Joel Monroe properties, and on the northwest side by the William Beatty property (later the site of the Miracle Mile Shopping Center).

In the early 1800s the Johnston’s homestead was burned to the ground in an Indian raid. John Johnson then traded some 200 acres of land to his neighbors, the Snodgrasses, for a half of beef, meat from nine hogs and other foods which could be spared to tide the family over until the next growing season. This trade would involve the Snodgrass property next to the cemetery and the Henry Beatty property, later a trailer court on the Prin property on Northern Pike just across from the cemetery. Additional land was donated by the Monroes, the Snodgrasses and the Johnstons.

Thus the Crossroads Cemetery preceded the building of the first Crossroads Church in the 1830s. 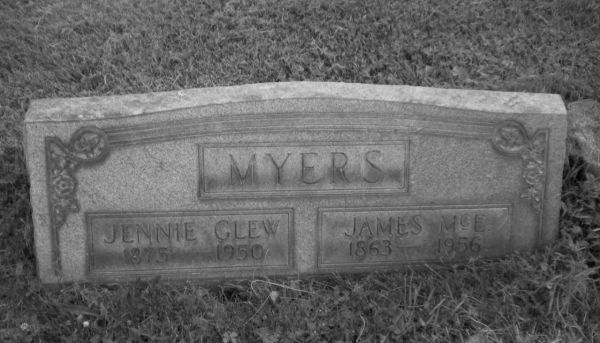